The Spring Festival marks the beginning of the New Year and it is the most important holiday of the Chinese people. According to the  horoscope, after the practical and spiritual Rooster follows the Dog, a kind and always ready to help native. The Year of the Pig  starts on February 5th of 2019 and ends on January 25th of 2020.

Lunar New Year 2019  is celebrated with fireworks and Dragon dance. The beginning of the Pig Year is celebrated by two billions of people all over the world, and the biggest festivities take place in China, but also in Hong Kong, Macao, Taiwan, Singapore, Thailand, Indonesia, Malaysia and Philippines and in all the cities of the world with big communities of Chinese. 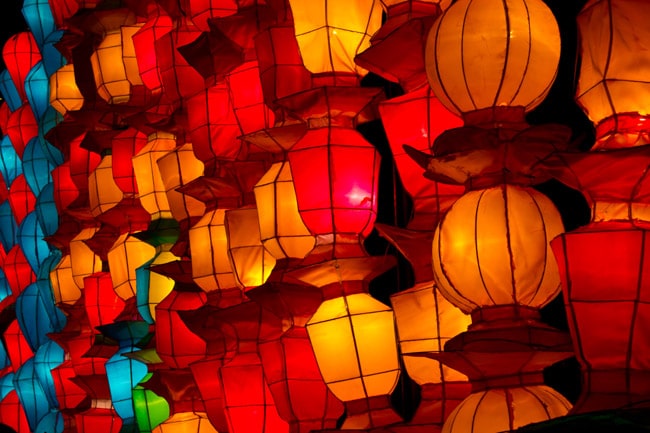 Officially, in China, the holiday lasts for 7 days, a period during which no one works.

The festivities start one day prior to New Year and is continuing until the Lantern Festival, on the 15th day of the new year.

To celebrate the Spring Festival, over 800 million of Chinese return home, being involved in the phenomenon known as the Big Migration of the modern world.

The most crowded cities from China during this period are Beijing, Shanghai, Guangzhou, Shenzhen, Chengdu, Zhengzhou, Xi’an, Chongqing, Wuhan, and Dongguan. Across China, tickets for 2.91 billion train, airplane, road or naval and private transportation have already been purchased. Daily, 6.284 trains and 2.6 million buses will leave China’s stations and bus stations. A total of 520.000 flights and 20.000 passenger ships will be added on top of this.

The celebration from February 5th of 2019 is a commemoration of the past year, an overview of all its memorable events.

During the holiday, over 12 billion of big and small fireworks are detonated, this being one of the greatest pyrotechnic holidays of the year.

Beijing has entered the Chinese New Year of 2018 in an unusual way, with no firecrackers or fireworks, after they have been forbidden one year prior, because of the high levels of pollution from the capital of China, although they can be used within other cities over the year.

On the streets of the capital, there has been no trace of fireworks, contrary to the past years usual aspect of the city, when during the first morning hours, firecrackers were thrown in the air in order to ward off evil spirits, and it seems that the use of fireworks will also be forbidden in 2019.

The authorities’ efforts to reduce pollution have resulted in forbidding the use of fireworks in 444 cities from China, starting 2 years ago, including the ones from the vicinity of the capital, such as Tianjin, Hefei or Changsha.

The gifts that are given with the occasion of Spring Festival to the loved ones, in order to have prosperity and luck, include:

During the New Year, there is another custom, called Hong Bao, meaning the Red Envelope. The married people gift money in red envelopes to children and unmarried adults. Next, the family leaves to greet relatives and neighbors. During New Year, just as in the Occident, old quarrels are forgotten and everyone enjoys the coming of a new year.

The end of the New Year is marked by the Lantern Festival, celebrated with songs, dances and a show of multicolored lanterns.